First stop: the city by the bay.
San Francisco is for me one of the loveliest cities in the world.  An up and down walking through seems to make you dizzy and confusing.  A great driving through the city is perfect for a short time visit. Easy to find places and really nice people make you feel welcomed and curious about living with the hills. (Imagine to bicycle these ups and downs!) Our Hotel is placed on Lombard. This Zick-zack shaped street is quite a weird one, but you'll get a nice view on top. A must see is the bay area at Fisherman's Wharf. Little souvenier shops next to/ on top of some Piers. The smell gets worse, the closer you go to Pier 39. You may think you'll find a hand full of sea lions, but actually the population can increase up to 900 in wintertime. Incredible!
Its just a few minutes drive to get to the Presidio of San Fran. A really nice Park right next to the Golden Gate Bridge. Driving through this calm, relaxing area with the windows wide open is such an experience. The scent of rosemary and some other undefined herbs mixed with the salty sea brise: A poetry- I literly fell in love!
On the other side of the bridge, you'll find a cute little town with a beautiful picturesque view of the city.
Some nice placed restaurants and sidewalk cafées invite you to have some drinks and good food while being stunned.
The Botanical Garden, the De Young Museum and the Chinese Pavillion are def. places to visit, too. Even when you are in between the streets of San Fransisco, you'll dont get the impression. The Golden Gate Park is a quiet place to hang out. There are many little things to explore and a few gardens to see. I was really impressed by the Japanese Tea Garden, cause its such well- formed and clean.
Ashbury Haights- THE place you'll need to go for Fashion! All these crazy colored shops and this amazing bohemian ambience make you feel like you're back in the 60's ( in my imagination at least ;-))

Route 1 caught us!
This incredible route should connect our first stop with the second one: Los Angeles.

Well, after spending a few days in San Fransisco, taking Route 1 was the best decision, we've made.
This amazing little Street right next to the pacific ocean is incredible! You'll get the very dry landscape on one side and the kloof on the other. Think about putting gas in your car before you'll take that trip. ;-)
Anyway, a few hours and some stops to get a beautiful view later, we've passed San Simeon, a tiny town with one great thing: the Hearst Castle
A sleepover and a good breakfast made us strong enough to get back to the route for around 4 hours.
It got warmer, the closer we got there. Being prepared to see everything you usually see in TV and full of energy, we passed Malibu. A little strip right next to the ocean. Sure, a few- minutes- stop had to happen.
Actually, this stay was pretty touristic. Another cuple of days in a city like LA keeps you busy. Driving from A to B takes a long time, even if you know, where to drive. Our Hotel in West Hollywood got us the opportunity to get to the famous Boulevards pretty fast, at least. So we took the car every single day. It was kinda fun to start the day by driving to places we found on the map and don't even know, how we've got there not to mention how we've found the way back home! It got us the opportunity to see other things than the must- see. Having fun in the sun every single day should be our slogan.
Of course we had to get one of these StarMaps to visit the Hills. It was hilarious to finally recognize, that this was a trip of driving through pretty, clean neighbourhoods where you actually just see the front doors and some roofs. Anyway, we've had a blast by using our imagination and make some stories up ;-).
A good tip: Take Route 1 down, starting from Santa Monica to Newport Beach. Take a risk and go off of this Route several times. For example in Long Beach, you'll gonna find the Queen Mary at the Port. You also can grab some nice food on the way. You'll find anything you like...

What happens in Vegas...


A couple of days in Sin City is a MUST. One Street full of Hotels and little attractions make you feel like you're in a Theme Park. Lights and People everywhere.
"A little boys dream was to sleep in a castle with lots of Towers and a beautiful view over his own landscape..."
Well in that case, we got a 20year old who stayed with her sister in a Hotel in shape of a castle with the view of the Strip of Las Vegas. I thought, as a surprise for his 20th Bday, it was an affectionately thought. ;-)
As a gift, I got two tickets to so a helicopter tour from the Hotel to the famous Grand Canyon.
Totally curious and nervous we've got picked up by a driver to bring us to the helicopter airport near the strip. Never took a helicopter tour before, so didn`t know what to expect. Outside a really dry heat and inside a defect air condition made the start pretty scary. But when we got that beautiful view all over L.V. and Lake Mead, the excitement turned a little down, so that we could actually enjoy that flight.
Ah, I got all the pictures in my head right now...
Along the Lake and the Hoover Dam, we could see the Colorado River and as we've passed it, we flew over the transparent border to Arizona. We've passed the Grand Ganyon Skywalk and finally landed actually IN the Canyon! Yeah, thats true. It was a rocky place just big enough to land 3 helicopters right next to the River. Champagne and some snacks got us drunk within a minute. This heat is incredible down there! ;-)
Anyway, the heli took us back home a little while later. This flight got us so many impressions of a weird place in the desert. A beautiful landscape without humans, right next to a City full of energy and water- consumers next to green gardens and parks. Don't really know, what to think about that though... 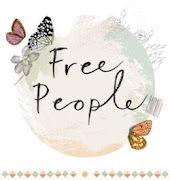 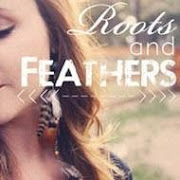 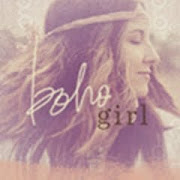 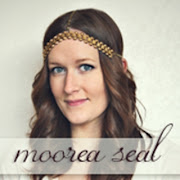 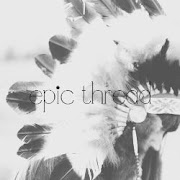